Centralized Decentralized and Distributed, from the Pyramid to the Circle. 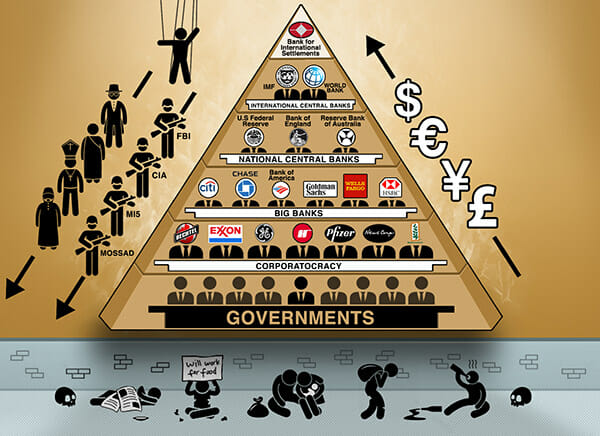 Both in the computer world and in the world of politics, there is talk of replacing Centralism. What other organizational forms are there?

Centralism: System where decisions are taken at a single point.

Decentralization: Centralized system where some decisions are delegated.

Federalism: Decentralized points are subordinated to the central power.

Confederalism: Decentralized points can reject the decision of the central power.

Distributed: System where decisions are made by any of the points that comprise it.

Both systems have important strengths and weaknesses, which must be well thought out, since a system can be very good at making decisions, but if the decisions are late, what is the use? On the contrary, a quick but bad decision can be worse than doing nothing. The distributed system has the problem of the consistency of the decisions, and in the centralized system when the critical point fails (the point that makes the decisions) it collapses the system.

The traditional solution to this problem has been the decentralized systems, federalism and confederalism, which try to mix these two contradictory models and that history has shown that they tend to degenerate into centralized systems.

Then there is no solution ?. If there is one, the solution is to mix the two systems, but not in space, but in time.

The solution is to organize ourselves in a circular way for decision making and in a pyramidal way to execute the decisions made, returning to the horizontal organization when the tasks are finished. Creating a series of pyramidal templates to perform repetitive tasks, which are created dynamically. In this way we have the best of both organizational forms, repetitive tasks are executed quickly and efficiently as do vertical organizations, while holistic decisions are made in a consensual way before new and complex problems.

That’s why, when software developers try to implement a distributed system, it ends up generating a permanent centralized system. An ideological flaw, which generates a design flaw. This is one of the problem of cryptocurrencies like bitcoin. Therefore it is necessary to have this clear solution, so that the centralized structure generated by the distributed system is dynamic and not permanent. If it is permanent, it is a degeneration of the original objective, which, as we already know from history, ends up generating a centralized structure.