The Problem of the Supervisor and the Common Error in Social Relationships. 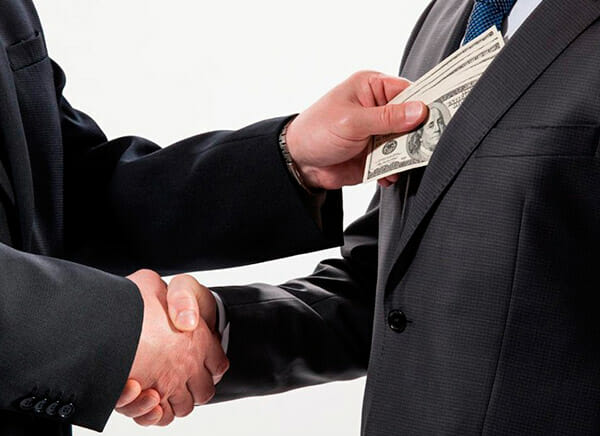 Many times in our social interactions, we make the mistake of not considering that people are naturally selfish, and therefore may fail in their commitments, and in what we expect from them.

When engineering is studied, it is taught that the designer must take into account all possible cases, not only positive scenarios but all negative scenarios. So that the system is robust and supports the impacts of reality.

For example, when designing a bridge, the worst possible wind event, the worst earthquake, the largest load it can cross, are taken into account, and all possible measures are taken to mitigate the impact of such cases.

We do not expect all those negative events to be normal, but the extra ordinary, but we prepare for when these cases happen. The same thing we have to do with our human relationships.

The knowledge of this error is expressed in popular wisdom, in the phrase: Wait for the best, prepare for the worst, which in human relationships is like saying: Trust, but Verify.

We are not saying we have to see everyone as guilty, what we are saying is that we have to be cautious in our behavior, our laws, and our action, leaving naivety aside.

So when working in social systems, we can´t forget this important knowledge. Since this error, we have seen in many laws and regulations, and therefore those laws or regulations end up being abused or easily distorted.

This problem is as old as man, about 4000 years ago, became famous the king of Babylon Hammurabi. In Babylon there were many problems of government such as different sentences for equal cases, tax collectors who charged in excess, abuses of power, in short, corruption at all levels.

In the face of these problems Hammurabi came up with an ingenious solution: Write the laws in stone and place these stones in public places where everyone could see them. It was an ingenious response to the time. And as we know today, 4000 years later, it was not the definitive solution, but a breakthrough in the right direction.

This problem has traditionally been addressed with two solutions:

To give an example of the theme we are developing, in 1999, Venezuela inaugurated a new constitution, which was promoted as one of the best constitutions in the world. In this constitution, the balance of the powers of the State, was determined as 4 powers of equal level:

That is to say, it fell into the trap of the incorruptible supervisor, and indeed this judicial power was corrupted notably in 2016, becoming a tool of the Executive power to suppress and to dominate the legislative power.

Although this seems a serious mistake today, I assure you, the people who wrote this constitution were well-prepared people with the best advisers and had the best intentions.

But they failed totally to give an effective solution to the problem we have described in this article.

Basically, we are dealing with an educational problem, since it is human to make mistakes as well as to compensate them, but the malicious violation of the law, comes from the selfish evil intention, that can only be solved with a re-education of the human being Towards social and ecological sensitivity, it is a mistake to try to correct a problem of human formation with norms and laws.

Here we propose to use our methodology of circular education.

How to Solve This Difficult Problem?

We propose as a solution, to apply our innovative methodology of circles, as well as the intelligence of the masses. Specifically we refer to:

The solution proposed, although it can solve this difficult problem that presses us on many fronts, requires the most active participation of citizens, their education in our innovative methodologies and the use of computer tools such as loomio and git.

That is, it implies a substantial change of the current model, and a higher level of citizen awareness. The previous model no longer works, improving it is ineffective, but replacing it with one that works, requires effort and commitment on the part of all citizens.