What Is The Purpose of the New Society? 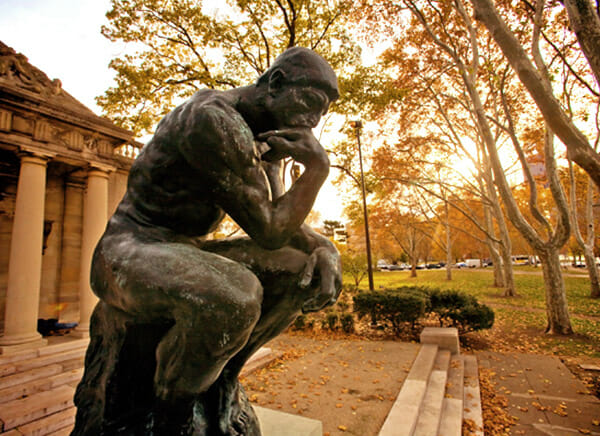 Hence, we must deepen well on the question:

What is the purpose of this new society?

It is fundamental because if we go wrong in the essentials, everything we build upon it will fall apart afterward.

The answer seems so simple:

“The purpose of the society is bringing happiness to its citizens“.

The difficult thing is responding to the these questions:

How is the human being happy?

What does give us happiness?

What is the happiness?

Before answering it, we have to define what tool to use to analyze this subject:

The tools that people generally propose are:

1. Opinions. There are 7 millions of human beings on the planet, each with his/her own opinion. We would never end asking for opinions and proving them.

2. Some ideology or philosophy. The ideologies, philosophies and, other mental constructions are good to entertain us and talk about it. But it has not brought a real benefit for the human being. Since they are mental constructions, even each person may define it as what he/she wants. Because the paper holds everything.

How many definitions of socialism are there? There are dozens.

3. Ethics. It is one of the most proposed tools, but the ethics are group opinions. Meaning that each society has its own ethics, besides, it may vary inside the country itself, there are ethics things in a society and also anti-ethics. To give more importance to it, some thinkers say that:

4. The first thing that comes to our mind. And that can be expressed in diverse ways: “as it comes we will see“, “let’s do it somehow even if we go wrong“, this is absolutely arrogant, for not saying ignorant. It is equal to saying that we don’t have a history, that we are starting from the scratch. The history is full of success and failures in the societies.

In Venezuela the phrase “let’s do it somehow even if we go wrong” was the government mantra, repeated thousand of times, and the result was a gigantic mistake that led Venezuela to win in 2016 the ominous title of being the country with the biggest misery worldwide.

5. The Scientific Method. All the benefits that we enjoy in the society, such as:

“The scientific method” has 5 steps:

We have 5000 years of written history, full of social experiments and its conclusions, we only know how to read and take what works.

Likewise, if we apply the scientific method, checking our memory, regarding the events that have given us more happiness in the last year of life:

And if we make the opposite question:

And this is so important to have it clear. If the materialism meant the happiness, then all the millionaire people would be happy, and we know not all of them are so. What we can say is that the wealth helps to reach the happiness, but it has never been an important variable.

What does the science say about the purpose of the man?

For that I have written the article the “biological evolution“, as per the scientific discoveries:

Besides we have the proofs that the human beings, individually and in a group, publish for free on the Internet a wide variety of articles, photos, and videos, with the purpose of:

In this way, we have a purpose, a goal, that goes further than the material. But if the reader wants to deepen more on this goal, I have written the article “Spirituality in the century XXI”.

Thus, the best thing we can do is designing this new society, with the purpose of reaching the happiness of the human being, applying the scientific method to all our problems. Some might wonder this:

The scientific method is just a tool, and how we use it, it depends on us.

The lack of the human being sensibility is solved with the correct education, no rule may solve an educational problem. That is why we propose the “circular education“. It doesn’t even mean that we must create rules, they must exist, since we may fall into the common error of thinking that people would always make the correct thing. We deepen on this subject in the article “the common error in the social relations“.

We are based on the science for giving solutions to the problems, that is we rely on verifiable facts, repeatable, from which we learn from our life experience and of the others. The nature observation and its rules are what we get to gather up in the science. Understanding the man as part of nature.

The biggest problems of our society are basically two:

We have the systems (educational, political, financial, judicial, health, military, and so on) of 1850 but we live in 2017. And from 1850 to 2017, the reality has totally changed. We have gone through the era of the carts, horses and manual jobs in 1850, to the year 2017 wherein prevails the car, the computer, the internet, and the work done by the machines, that currently are as complex as a robot.

Hence, we can not go on with the old systems of 1850. But we have to provide new solutions according to our times, and our new reality. We explain it in our book “Society of the Mutual Welfare“. And these solutions also go through questioning the validity of the fundamental definitions that we have.

By reading the history, we discover that we are not the first ones to get to these same conclusions and definitions. Because some of them appeared for the first time in 1924, in the book of C. H. Douglas, “Social Credit“, and not getting to the same definitions is the result of a “mental confusion” as per what the author himself said.

(*) The adult, is always productive as per his capacity and personal interests. The person should always feel useful for the society, including also the leisure and entertainment activities such as:

(**) If someone is unable to work despite the age, he will ensure the incomes to cover his needs.

(***) It is important to notice that, applying this new society model, the number of work hours decrease considerably. Since the benefits of the technological efficiencies (cultural heritage) are transferred automatically to all the population through lower prices.

This, for instance, allows someone to work for 6 months, and then passing the next 6 months in holidays or doing other activities. In the same way if (the Creator doesn’t want it) some catastrophe happens in the country, then for the recovery, they will increase the number of working hours (in the State).