From Classical Physics to Quantum Physics 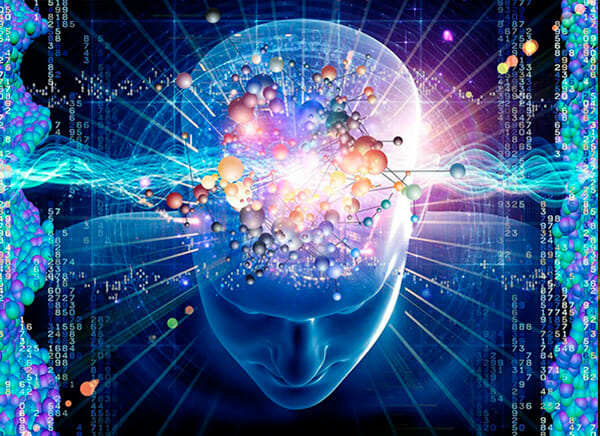 Physics is the science that studies matter, energy and interactions between them. Your knowledge is important because it helps us to understand the universe where we live, what happened at the beginning of time and what will happen in the future. This science has undergone great transformations that still today perplexes most scientists.

About 1,687 Isaac Newton, establishes the 3 laws of classical mechanics, also known as Newton’s three laws: The law of inertia, The fundamental law of dynamics and The law of action and reaction.

These laws gave us great strides and ability to calculate, both in its version of simple equations and in its differential version. It allowed us to accurately calculate projectile firing, calculating planetary orbits, and much more, being central to the development of mechanical machines and the industrial age.

In 1,905 Einstein formulates the most famous mathematical equation of history, and that would be his most recognized contribution E = mc², where he united the two fields of study of physics, matter and energy. A equation little intuitive.

By 1920 the scientists had compiled a series of results from their laboratory experiments, made with matter smaller than the atom, which did not accord with classical mechanics, being the most important experiment the “double slot” made with electrons. With the contributions of Boltzman, Planck, Bohr, Heisenberg, Einstein and others, the quantum mechanics was developed to explain these results.

Quantum mechanics was formulated, which turned out to be totally non-intuitive, like the uncertainty principle, “it is impossible to simultaneously measure accurately the position and linear momentum of a particle”, that does not happen in everyday life, we can always know that Position and velocity has a projectile.

The theoretical experiment of Schrödinger’s cat, shows us how the observer affects the result, this is also totally contrary to what is observed in the macro world.

This new theory was something so different, that in 1935 Einstein and two colleagues Podolsky and Rosen, wrote brilliantly the argument EPR. Which ended in one experiment and two possible outcomes.

The analysis of quantum physics predicted that two bonded particles could be created, that is to say that what happens to one of them of instantaneous form will happen to the other even being separated in the ends of the universe.

Einstein and his colleagues said “That would be a creepy action at a distance”, so that could not happen (but it happened) and this would be a demonstration that quantum mechanics is an incomplete theory according to these three scientists.

Some Definitions Before Continuing:

Near 1964 John Stewart Bell brilliantly and elegantly develops Bell’s Inequalities Theorem, which predicts experimental results, which must be fulfilled with a “Real and Local” universe.

Sitting the irrefutable groundworks for that in 1.974 Alan Aspect did the experiment of Bell, and demonstrating that the universe is not “real, local” both or separately. Confirming the predictions of quantum mechanics, without saying whether it is complete or not.

Thus, we see that Einstein and many others were wrong since the phenomenon of quantum bonding discards the “Locality”, Bell’s Theorem discards “Locality and / or Reality”, the observer’s influence on the result discards “Objectivism.”

The incompleteness theorem of Kurt Godel (1920), shows that there are propositions that can´t be shown or refuted, “The barber of the people shaves all men who do not shave themselves, who shaves the barber?” Otherwise; If a system of axioms is complete then it is inconsistent and if that system of axioms is consistent then it is incomplete, this is yet another reaffirmation of the limitation of the human senses to understand the essence of the universe.

That is why Stephen Hawking has stated that although in the future we discover new theories of physics, we will never get a unified theory of the whole.

To complete this panorama of the evolution of physics, around 1950 is developed Chaos Theory, to explain why macro-world phenomena such as climate, can´t be fully explained by classical mechanics.

At the beginning of the climate predictions, it was believed that knowing the climatic variables with greater precision and in greater amount (to measure in more geographical points) we could predict the climate with weeks and months of anticipation. But what happened is that despite using supercomputers, we could not make a prediction beyond 3 or 4 days.

Discover that there are functions that are highly sensitive to the initial values, this is the “butterfly effect: the simple flutter of a butterfly affects the global climate”. The development of chaos theory has allowed us to make valid predictions weeks in advance. What we want to express with this, is that the universe is sensitive to our most minimal interactions with it.

For 1,990 with the results of the measurements made by the astronomical satellites and other probes, the Big Bang Theory was consolidated, which tells us that the universe had a beginning, didn’t always existed, started from a very hot state and much smaller than an atom, from where it expanded to what we know today.

This is telling us that all the matter of the universe was at one time “bound” as the particles of the quantum bond. In the universe all matter and energy are transmuted, and are connected with all matter through the great phenomenon of connection that was the Big Bang.

Implications of Developments in Physics.

The classical Newtonian mechanics presented a deterministic and causalist universe, where the future of each particle could be calculated at any future time, at you know its present state. A predictable, rigid and calculating universe, where planets and stars follow their course regardless of what a single human does.

Quantum mechanics presents us with a totally different universe, not intuitive, surprising, sensitive and deeply unified, where the mere presence of the human being affects their behavior. In other words, every human being plays an important role in the future events of the universe, and clearly of the human species itself. Let’s think about this.