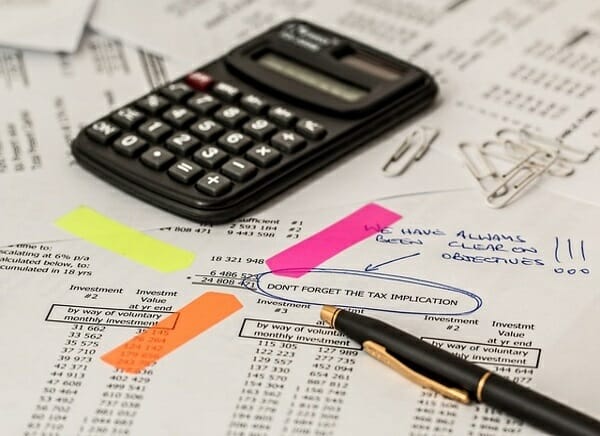 Taxes and tariffs are financing mechanisms for states, so that the state has the money to pay government employees and maintain their facilities.

One problem of taxes is that the State, because it is the sole supplier of State services, becomes a monopoly and as we know from experience, monopolies they tend to be inefficient, unproductive and costly, due to lack of pressure that forces them to be efficient. Monopolies are a violation of the Fundamental Laws of Economics.

Another problem with taxes is that it imposes an additional burden of administrative work for citizens and companies, while creating a heavy bureaucracy in the State. This implies an increase in the price of goods and services to pay for this additional workload.

How do we solve that problem?

The first is have very clear the Purpose of the New Society and Definitions, with the clear roles of the companies, which clarifies the true source of social security. To have clear well, the model that has shown that Pure Capitalism, Healthy Capitalism works.

Understand the new model of social security Universal Minimum Income and Basic Insured Salary. Understand that there is not exist incorruptible supervisor and the value of transparency The Problem of the Supervisor and Common Error in Social Relations and Accept that citizens must assume their responsibilities Citizen Stewardship and Fascism.

Therefore, we must facilitate the work of companies, seek competition in the services of the State and be totally transparent to facilitate the operation and citizen auditing. Offering clear and simple rules that eliminate the discretion of the State, eliminating sources of corruption and bureaucracy.

In the old days of the cart and horse, money was something physical like gold, silver or copper, which cannot be created from scratch, the collection of taxes to pay for the common goods and services of society was necessary. When we go to FIAT money, created from nothing, it is no longer necessary to collect taxes, since the State can create money from nothing. It is silly that the State, being able to create money from nothing, borrows from private banks, money that private banks create from nothing. Many counter argue that this action creates inflation. Which is not true, since inflation is the product of the rejection of the acceptance of FIAT money as a form of payment. Inflation is not a product of the increase in the amount of money, the proof is that the countries considered “rich” are the ones that are most indebted because they are the ones that produce the most money. FIAT does not produce it by charging taxes, but by borrowing from private banks. So from the absurd we get to the ridiculous.

When they went from physical money to FIAT money, they simply continued doing what was done before, collecting taxes, we believe to maintain the illusion that FIAT money is backed in gold, or in the production of something, or in pumps. nuclear.

If at the time of the cart and the horse we asked a merchant if he accepts money created from nothing, he would say absolutely NO and that no one would. If 20 years ago we asked the same question, this time with money created by young people with computers in the basement of their house, they would tell us the same thing: that will never have value. And this is one of the great benefits of Bitcoin, to show that money does not need to have support, its value is what people give it. A simple idea, difficult for many to grasp but very powerful and liberating if understood.

The State now starts to create its FIAT money, no longer as a debt to a private bank, but as a value of goods and services for the community. This is part of the people’s idea of ​​positive money.

Eliminating the collection of taxes brings many benefits:

In order to reduce the administrative work of the Companies and Citizens, while reducing the bureaucracy of the State, and lower the price of the products, this tax is eliminated.

The Value Added Tax is a tax that makes companies do part of the State’s tax collection work, creating friction jobs that do not produce benefits to society. Therefore, this tax is eliminated.

These are the taxes that apply to products that come from abroad. Many believe that this tax is beneficial for local businesses, as it gives them an advantage, and that creates jobs. And in part they are right, but the truth is that what this tax does is make prices more expensive for all citizens, this is part of the reason why a car in Venezuela or Brazil counts up to 30% more than abroad , 30% that millions of citizens have to pay and that only benefits a few companies. Furthermore, in our analysis, companies are not employment agencies, so the argument of imposing tariffs to produce jobs is dismissed as unfair.

We can recognize that the State is interested in knowing that it crosses customs, to know that it is not produced locally, an import tariff of 2% is proposed, for everything, without exception.

This is the tax that is paid when a relative dies and their assets pass to a relative or when someone decides to give an asset to another person. Obviously the main goods cannot pay taxes, that is theft. For secondary goods in the first degree of consanguinity 5%, for other degrees 10%, and royalties equal to 10%, without exceptions.

The products that we do not want to promote in society, such as alcohol, tobacco and drugs, are discouraged with high taxes, 200% 1,000% are possible values ​​and are fixed for each type. Example:

These taxes must be fixed by each mayoralty, and are additional to those already mentioned. The Alps can compete with each other, as in the case of Switzerland.

Transparency and Speed ​​in Customs

All customs, as well as the rest of the government, will have a network of public cameras in key points, in order to ensure transparency in customs operations, with Internet procedures and public audits. And customs times will be guaranteed by the State.