The Fundamental Laws of Economics 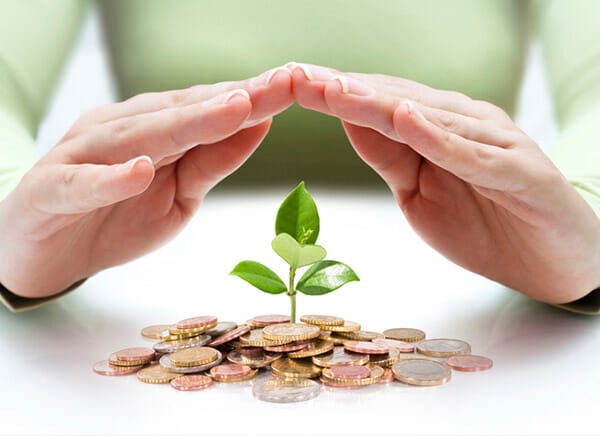 The Queen of England, when she lost millions with the 2008 crisis, asked the prestigious London School of Economics why no economist could predict the financial crisis?

Four years later, in 2012, the president of the central bank of England, considered the best economist in England, responded: “maybe we became complacent and we do not regulate enough.” Which, of course, is not an answer, so the queen understood that she would not get an answer from the economists.

Financial crises are nothing new, they began when man started using money, hundreds of years ago. In fact, financial crises call them financial bubbles, since even the soap bubbles in the bathroom explode in some time.

To answer the question: why do financial crises exist ?, we must first investigate what they teach in universities about economics, and we will be surprised to find that there are different schools of thought in economics.

What is surprising is that we are talking about economics, numbers, accounts, mathematics, money, we are not talking about psychology, or philosophical studies of “being or not being”.

In studying all this, we realized that the problem of economists is that fundamental economic concepts are flawed. This forced us to develop the fundamentals of economics.

Previously, we wrote an article explaining what money is, what the economy is and what the finances are, both in the personal and macroeconomic realms of a country.

Developing a topic that is as unknown to the ordinary citizen as to traditional economists (not all) as money is, made some readers ask us to make an article dedicated exclusively to the subject of the laws of economics.

Hypothesis: It is an acceptable assumption that is formulated through the collection of information and data and tries to explain some phenomenon.

Theory: It is a Hypothesis that has been verified several times using the scientific method.

Law: It is a Theory, which has been proven many times using the scientific method, becoming a “truth” of universal application.

The university study books on economics include the study of the supposed “law of supply and demand”, which also call it the “law of the market”, but its definitions are so vague that, for a scientific and independent thinker, hardly satisfy the rank of “law” awarded to him. This article, corrects that error, of calling “law” to what does not have the rank of “law”.

The real economy, not philosophical or theoretical, has two laws, studying them allows us to understand the economy to achieve the efficiency we want, avoiding basic mistakes, which many citizens and leaders, continually repeat when ignoring these laws. Instead we see how successful entrepreneurs, and developed countries, intuitively use these laws and succeed. And their degree of success is directly linked to the degree of compliance with these two laws.

Law of Gain, There is no work without expecting gain. For people to work there has to be a motivation that drives it. Put another way, no one works to lose money, nor will he work doing something where can to lose, that is, the entrepreneur will try to secure his profit even in the worst case. This law can also be written in a negative way, Potential loss, discourages work. This we can see with the fines, a fine for high speed, given that it limits that people run in the freeways and streets. It is important to note that when we refer to gain or loss, this can be “non-monetary”, example gain or loss of honor, recognition, qualification.

From this law generates the axiom: “every opportunity for profit will tend to be realized”. Its inevitable that someone takes advantage of an opportunity for profit. For example, if you can buy oil at 10 and you get who pays 50 for this oil, then that chance to win 40 will be made by someone. Another example, if you have a company in France, Italy or Germany (30% tax), and you want to increase your profits by paying less taxes, then change the management of your company to Switzerland (20% tax), that way you will pay Less taxes, maintaining its customers in France Italy or Germany. The same goes for drugs, as long as there is an opportunity to make money in the illicit drug business, there will be someone who makes that profit, so the fight against drugs has been a resounding failure worldwide.

Using this law, we can encourage or restrict any type of activity by giving the opportunity for gain or loss, whether real or potential.

This law may seem simple and even obvious, but to understand it well, it is not. Example: The gain side needs little supervision to be met, compared to the loss side, which requires greater monitoring mechanisms to ensure compliance. Therefore for the application of this law, it is better if it is designed as a gain than a loss, being also valid a mixture of gain and loss. For example: returning to the topic of illicit drugs, we see how the mechanism of fines to restrict that activity is complex and expensive. What stands out the great importance of understanding this first law of the economy well.

The Competition Law, the engine of development is competition. To get the lowest price and / or the highest quality is needed competition, the entrepreneurial freedom. It can also be expressed negatively, a monopolized market generates high prices and / or low quality, which is precisely the case of Venezuela.

With entrepreneurial freedom, we refer which the barriers, the necessary requirements for a new company to enter to produce in a market, be the lowest possible. For example, in order for the price of letter-size paper be the lowest possible, then all bureaucratic procedures, permissiveness, access to capital, getting qualified personnel, must be the minimum. The motivation of gain of producing paper letter, with minimum barriers to market entry, makes that the entrepreneurs be motivated to do that business, this promotes competition, the struggle for customer preference and lower prices. The only war that favors the citizens is the war of price and quality.

Competition, entrepreneurial freedom, is implemented through the definition of standards, created openly by the State, private economic sectors and civil society. In this way the requirements to enter a market are clear, well defined and with minimized risks. The standards should also include the measurement of the performance of the economic sector where it is applied (in this measurement the state, private companies and civil society must also participate).

Earlier when the subject of the “market” was developed, there was no concrete definition. And was referred to the market as the “magic hand.” Now thanks to these 2 laws we can treat the “market” issue as a product of compliance with these 2 laws. Therefore, it is now possible to measure how valid a “market” is, in function to how much are fulfill the two laws of the economy.

In order to verify that the statements we have given have indeed rank of law, and not only a theory of a hypothesis, applicable to only certain economic activities of the human being, let us analyze an extreme case. The economy of the software development movement called “Open Source”, which produces an important part of the software developed worldwide, this includes the operating system that dominates the internet servers, Linux, is the fundament of the “android” operating system, as well as The software that produces this text, which you dear reader, is reading “wordpress”. In “open source” no money is used, nor is it sold or bought, since the software is free, and anyone can participate without limitation, the limitations are imposed by the people themselves.

Does it apply the first law, the one of the gain ?, if applicable, in each version of the software, is paid with honor, to all that have contributed in their development. In fact the worst error in the open source community is to use the code that someone else developed, without giving the necessary credit or assigning to itself the authorship (plagiarism), example: in version 4.7 of wordpress participated 482 people:.

Does it apply the second law, the one of the competition ?, if applicable, anyone who thinks that can do a better development of the “open source”, can make a copy and improve it by itself, this is called to make a “fork” The enrichment due to competition, is precisely what has made the “open source” movement is displacing proprietary software. Example: io.js 1.0 is a fork of node.js 0.10, then rejoined in nodejs 4.0.

The analysis of the monetary income models that are built on the open source movement, such as the support revenue model, the consulting model, or the model of the public and private versions, is beyond the scope of this theme And this article.

The selfish nature of the human being makes us seek to profit from everything that exists, especially from other human beings. This makes us hide our gain from others, in order to more easily achieve what we want. Thus these almost obvious laws are hidden from our eyes. And as the North Americans say, if you want to know the true purpose of an organization as humanitarian as it may seem, “follow the money” and you will get the truth.

But hiding our profit is not the only thing we do, we are constantly seeking to eliminate competition, such as being favored in a negotiation. This brings us to the fundamental principle of a good economic system, on which its 2 laws are built. TRANSPARENCY.

That is why it is important to unveil the world, the true nature of economics, to learn to use this truth, now for altruism.

And the answer to the question: why are there financial crises ?, the answer is in our article pure capitalism.

The definition of these two laws is very important, since they mark a historical milestone in the study of the economy, before this article the studies of economy were based on a pseudoscience, now with its well defined laws, the economy becomes a science.